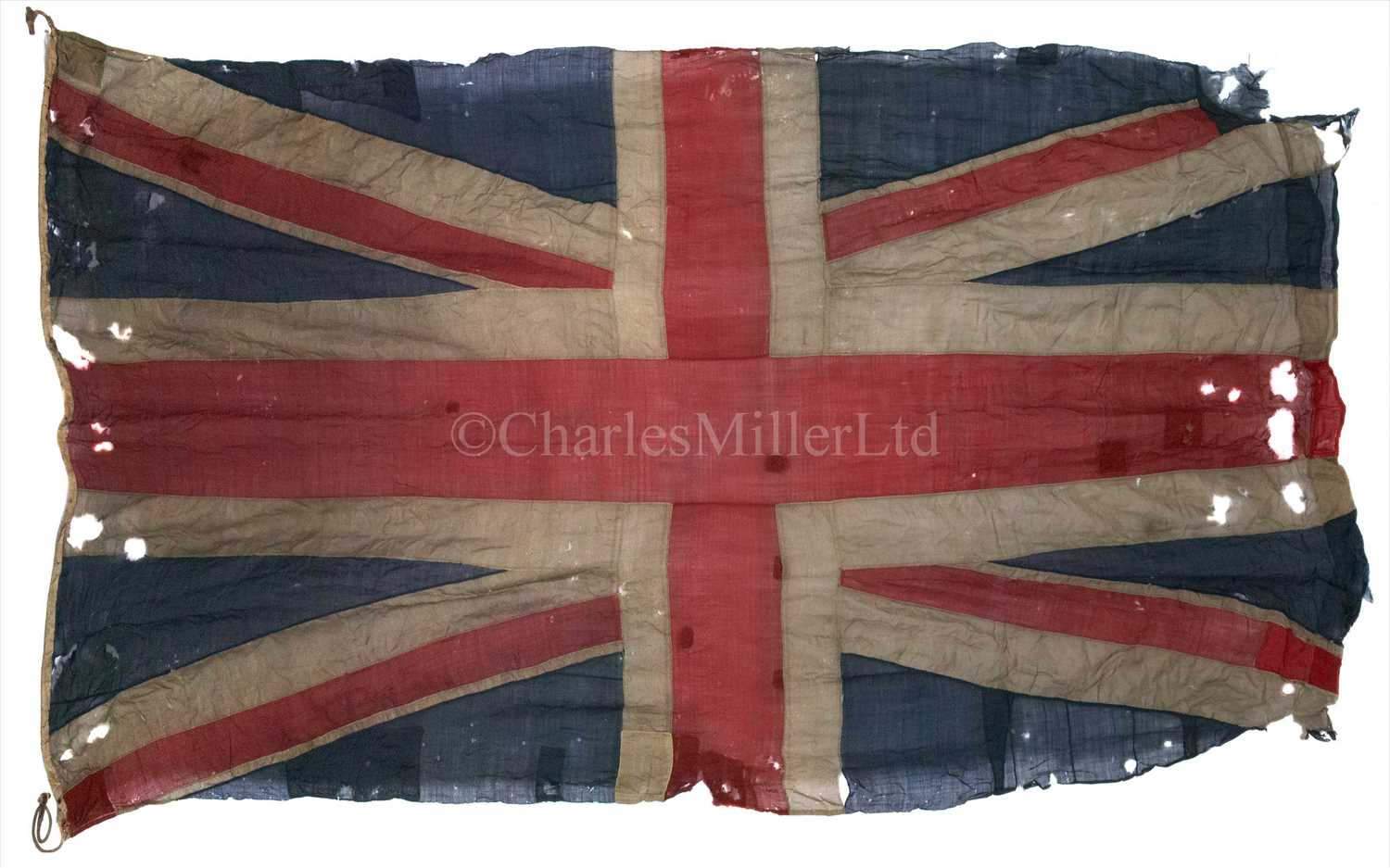 AN EARLY 19TH-CENTURY NAVAL UNION FLAG, PROBABLY FROM H.M.S. TÉMÉRAIRE, C. 1810
comprising thirty hand-stitched bunting panels with sleeve, lanyard and toggle (holes, patched, dust) -- 8 x 16½ft. (244 x 503cm.); together with a pennant of similar provenance - 75in. (190.5cm.) long; historical notes
(2)
Provenance: Captain Hyde John Clarke, R.N. (1777-1857) and thence by descent.
This officer enjoyed a full naval career and has an entry in O'Byrne's Naval Biographical Dictionary of 1848. By family tradition this flag was "at Trafalgar", however, as Clarke himself was serving in the East Indies, this seems highly unlikely. More plausible however is the attribution to Téméraire, which Clarke joined in 1810, being promoted auspiciously on Trafalgar Day that year to the rank of Commander. He seems to have left the navy soon thereafter making this a likely souvenir which, because of Téméraire's history, family folklore fused together. The Naval system of retired officers continuing slowly up the promotions ladder on half pay was still used and Clarke was made Captain in 1840, his final promotion.