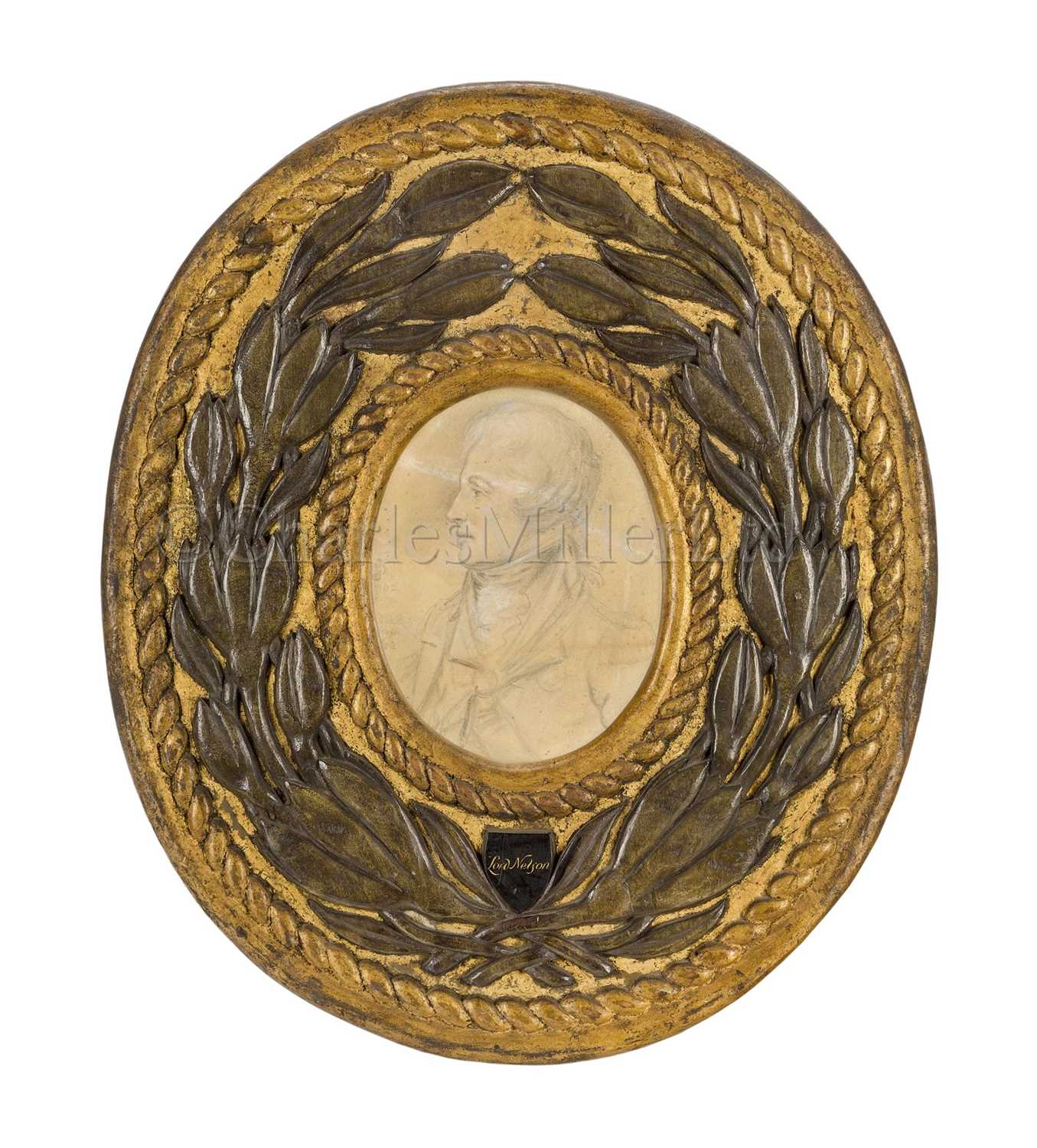 Provenance: Isabella Benjamin (Downman's only child), believed sold from albums bequeathed to her in 1825 to Admiral W.H. Smyth (1788-1865), his armorial bookplate pasted to reverse of 'Lady Hamilton' and remnant behind 'Lord Nelson'; sold to collector Henry Vaughan (1809-1899), his mss label pasted under bookplate; Private Collection, UK. and thence by descent.

Exhibited: Preparatory sketches for works exhibited at the Royal Academy, 1809, No.324 ('Portraits of a naval Commander and a lady of quality').

Literature: Walker, R: The Nelson Portraits, Royal Naval Museum, 1998, p.147 where a worked up chalk drawing of this sketch may be seen.