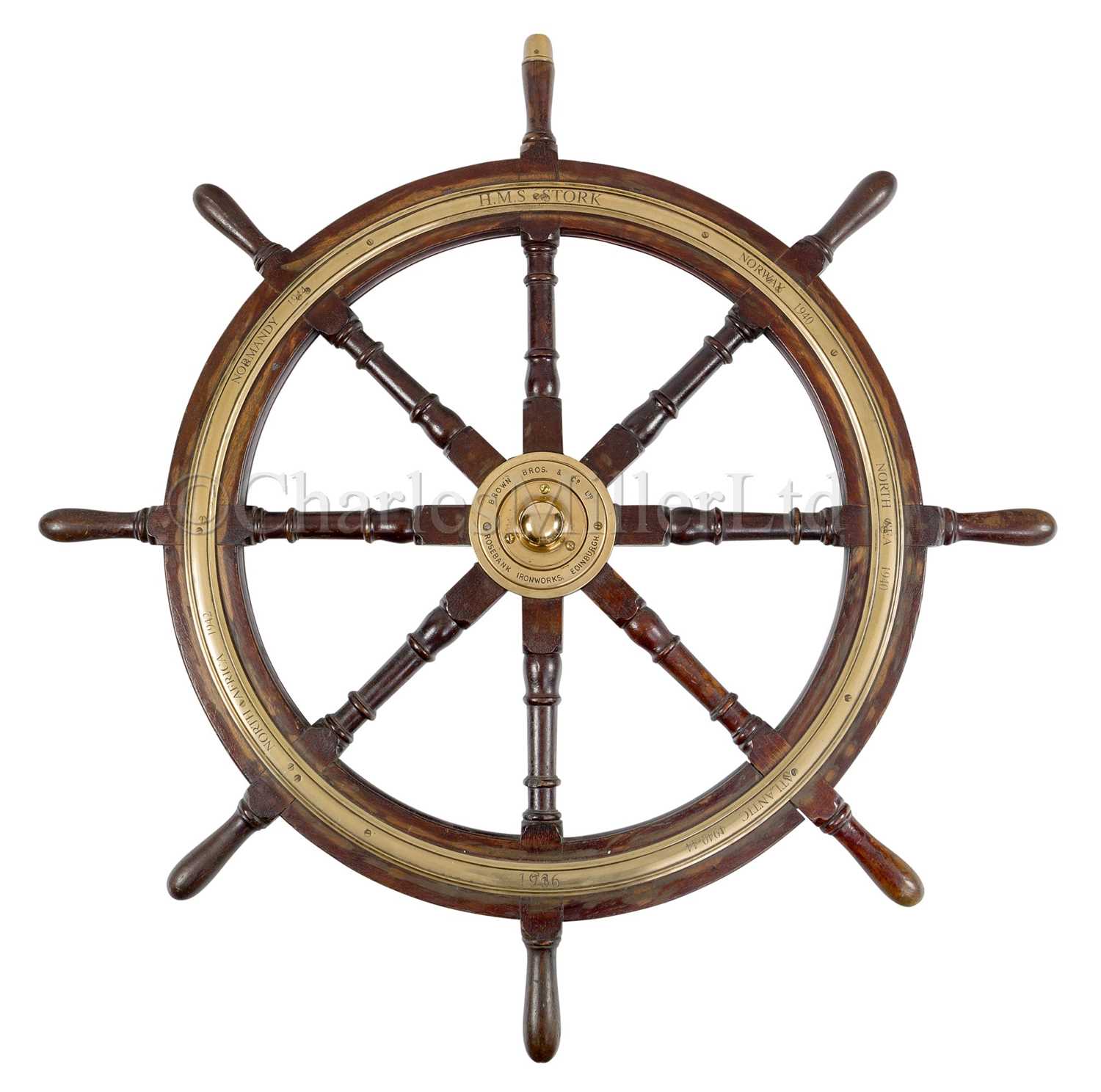 Despite being designed and built as a peacetime survey vessel, H.M.S. Stork subsequently earned her place in naval history as the first command of arguably the most successful submarine hunter of the Second World War, the legendary Captain F.J. “Johnnie” Walker, C.B., D.S.O (1896-1944) and three bars.

Launched from Denny’s yard at Dumbarton on 21st April 1936 and completed for sea on 10th September the same year, Stork was registered at 1,190 tons and measured 266 feet in length with a 37ft beam. However, when she was barely two years old and due to the deteriorating political situation across Europe, she was taken out of the Surveying Service and rearmed as an escort vessel capable of providing effective anti-submarine and anti-aircraft cover for trade protection.

First in action during the protracted and ultimately disastrous Norway Operations (8th April – 8th June 1940), her more memorable career began in October 1941 when Captain Walker was appointed to her command. In addition to Stork herself, Walker was given command of the 36th Escort Group which consisted of another sloop (as consort to Stork) and six corvettes, based in Liverpool and initially intended as convoy escorts to and from Gibraltar. Thanks to Walker’s inter-War specialization in anti-submarine warfare, he was very anxious to put some of his own innovative ideas into practice and his first opportunity came that December when 36 Group was ordered to join forces with other units and escort home the large 32-ship Convoy HG76. During the journey, five U-boats were sunk and whilst this was a magnificent achievement in itself, the success was principally due to Walker’s group which sank four of them, including U-574 which was depth-charged, rammed and sunk by Stork herself on 19th December. For his services in what has been described as the “first true Allied convoy victory in the Battle of the Atlantic”, Walker received the D.S.O. in January 1942. During the ensuing six months or so, Walker’s group sank another three U-boats and brought the man himself the first bar to his D.S.O. that July. Soon afterwards, Walker was given a shore posting but returned to sea in 1943 and continued his meteoric rise to fame as the War’s most celebrated submarine hunter.

As for Stork, she maintained her challenging role and, just days after participating in Operation “Torch” (the Allied landings in French North Africa), she was damaged by a torpedo attack from U-77 on 12th November (1942). Back at sea after repairs, in August 1943, when in company with the corvette Stonecrop, she sank U-634 in the North Atlantic and also rendered valuable service on D-Day, 6th June 1944. Surviving the War despite its many dangers, she was employed on Fishing Protection duties for two years and thereafter was laid up until finally scrapped at Troon in June 1958.