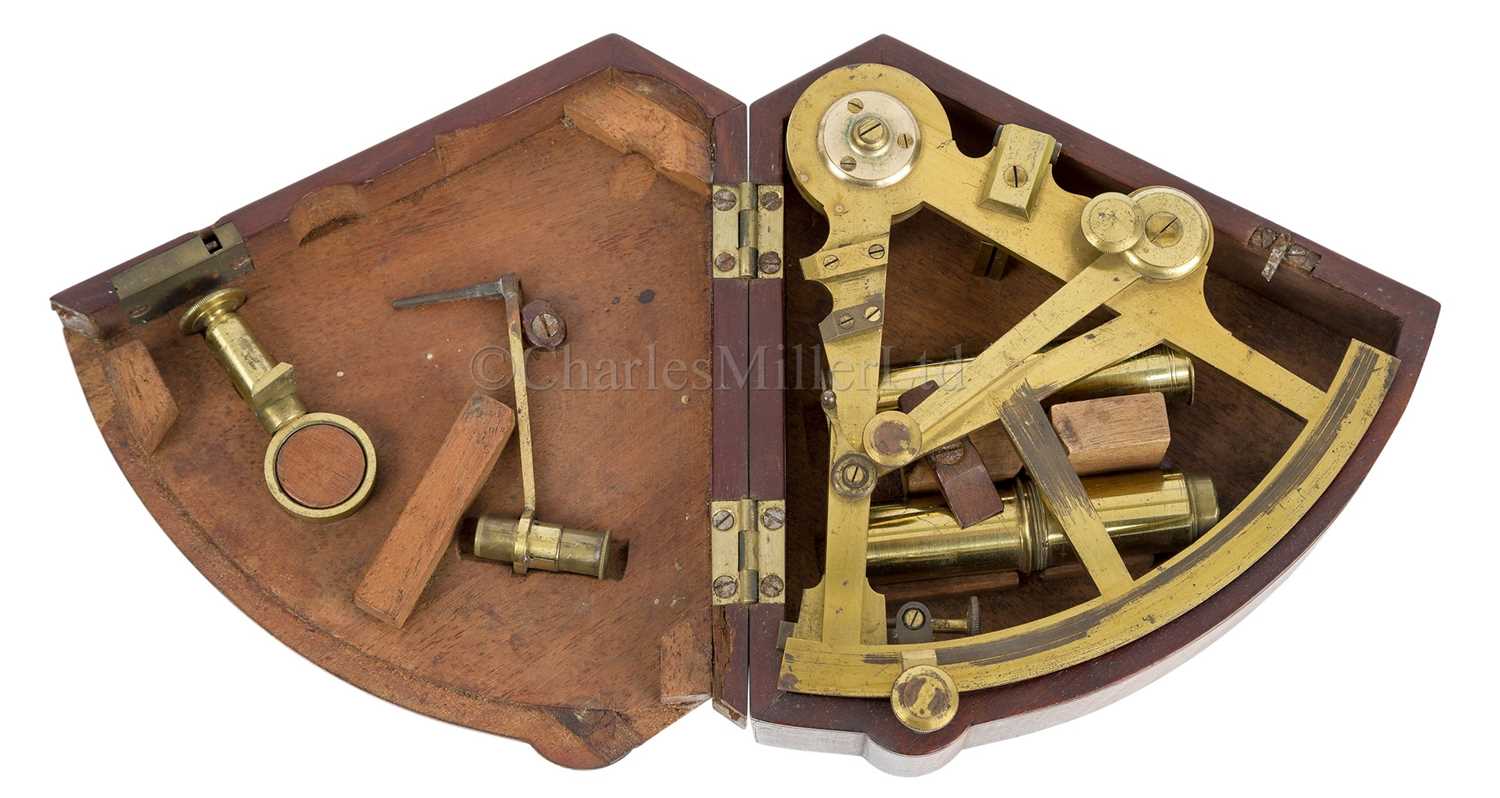 A RARE AND HISTORICALLY INTERESTING 4IN. RADIUS POCKET SURVEYING SEXTANT BY JESSE RAMSDEN, LONDON, CIRCA 1794

A RARE AND HISTORICALLY INTERESTING 4IN. RADIUS POCKET SURVEYING SEXTANT BY JESSE RAMSDEN, LONDON, CIRCA 1794

General William Twiss (1745-1827) was a military engineer and integral not only to Britain's defences at the height of the Napoleonic threat, but also to several key British possessions overseas. Attached to the Ordinance Office of the Tower of London in 1760, in 1762 he was sent to Gibraltar as overseer of the King's works, a role which lasted until 1771 when he returned to bolster the defences of Portsmouth Dockyard. In June 1776 Twiss arrived in Canada with General Sir John Burgoyne's army and, having been appointed aide-de-camp to General William Phillips, took part in the operations to clear the insurgent Americans from Quebec province. Sir Guy Carleton, commander-in-chief in Quebec, then made him controller of works for the construction of a fleet to wrest possession of Lake Champlain from the Americans, an objective accomplished with victory at the Battle of Valcour Island in October 1776. The following year, when Burgoyne opened his campaign to enter the Hudson valley, Twiss was appointed his commanding engineer, planning the siegeworks that led the Americans to abandon Fort Ticonderoga on 5 July. Captured shortly after, he was exchanged and sent back to Canada to strengthen Canada's defences. He chose the site of Fort Haldimand on Lake Ontario (1778) and supervised the construction of a temporary citadel at Quebec, work on which began in 1779. Twiss also made important improvements to the navigation of the St Lawrence River, particularly by his fortified canal at Côteau-du-Lac. On 18 December 1778 he was promoted captain-lieutenant and in 1781 he became Canada's commanding engineer. Returning to England in 1783, he was appointed Secretary to the Board and responsible for the defences of Portsmouth and Plymouth DY's, and in 1794, having been promoted lieutenant-colonel (when he doubtless acquired this high-quality sextant), he was also appointed lieutenant-governor of the Royal Military Academy at Woolwich. During the 1790s the threat of French invasion kept Twiss busy on the south coast, and he oversaw the strengthening of the eastern defences of Dover Castle with four new bastions. He subsequently made tours of the Channel Islands (1800) and Ireland (1802) in order to report upon their defences. During the heightened danger of French invasion in 1803 he again looked to the defences of Dover and, on his recommendation, the western heights overlooking the town were fortified. He also sank the grand shaft to connect the barracks on the western heights with the town below. Appointed brigadier-general on 11 February 1804, he was instrumental in helping achieve — despite the dilatoriness of the Ordnance Board — the construction between 1805 and 1808 of a chain of seventy-three Martello towers to guard landing points in Kent and Sussex. Twiss had been promoted major-general on 30 October 1805, and on 24 June 1809, he became colonel-commandant of the corps of Royal Engineers. He retired to Yorkshire in 1810 but was promoted to full general in 1825. The Museum of Royal Engineers in Gillingham has his pocket theodolite, also by Ramsden, Object No. 6303.5.3.