a silver-gilt and enamel mounted presentation... 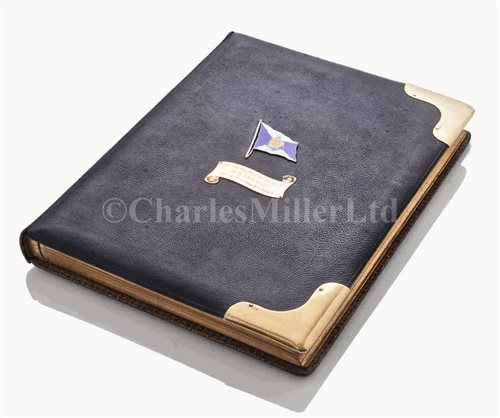 a silver-gilt and enamel mounted presentation...

Provenance: Believed to have been owned by the Chief Steward.

Built for the Hamburg-Southampton-Cherbourg-New York service by Harland & Wolff Ltd and registered at 22,623 gross tons, Amerika was, for a year, the largest ship in the world until the Cunarder's Mauretania and Lusitania eclipsed her. In 1912 she collided with the British submarine B2 with the loss of 15 lives. Interned on the outbreak of War, she was seized by the US Government in 1917 and fitted as a troopship - a year later she collided with, and sank, the British cargo ship Instructor with the loss of 16. Post-War she was absorbed into the United States Lines with an Anglicized name and resumed passenger work. Laid up from 1931, she was re-converted to her troopship role in 1941 for the War. In 1951 she was laid up as a Government reserve ship before being broken up in 1958.