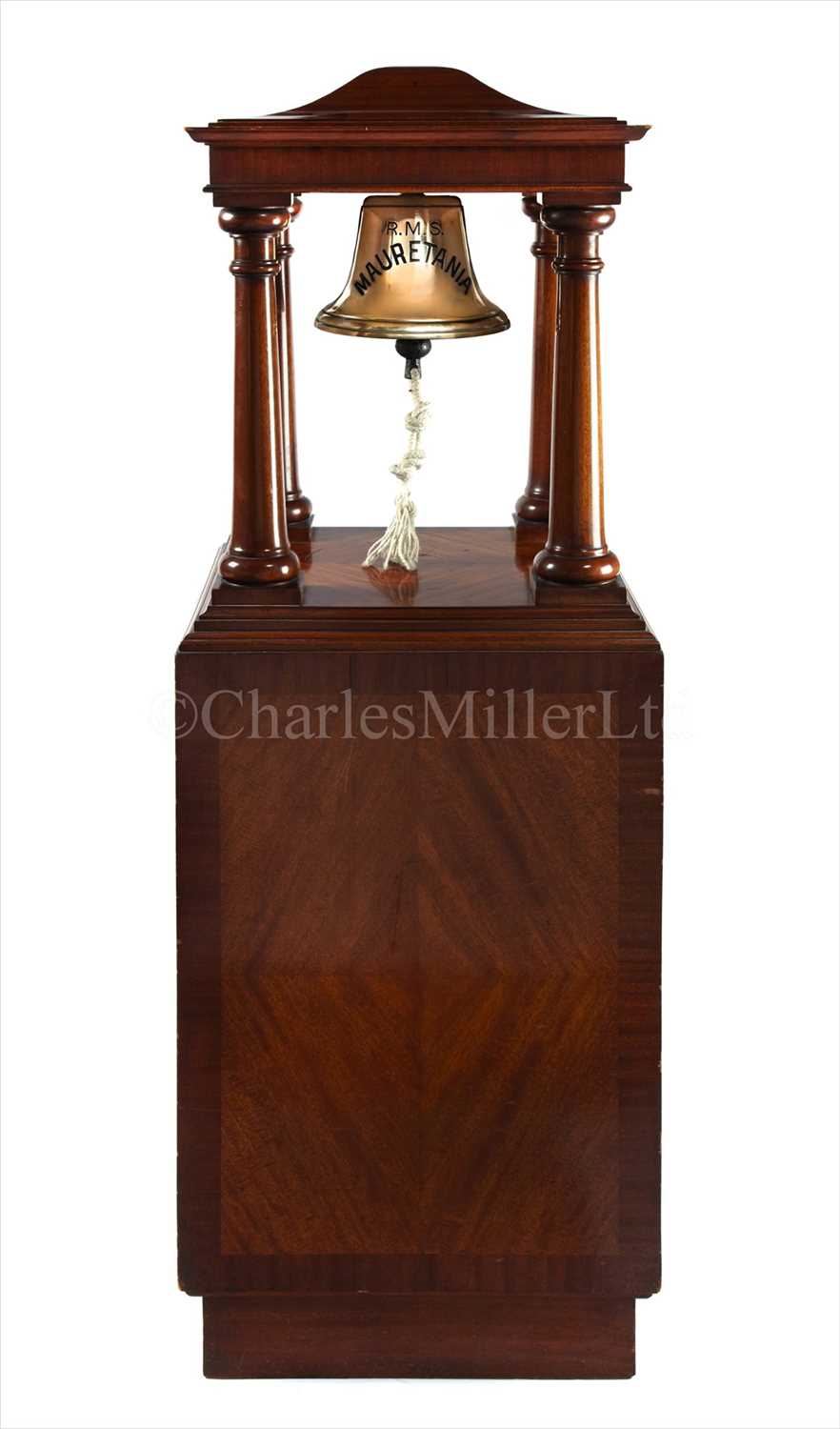 One of three bells made for this famous liner, and the only one not in a museum, the bell was removed to the Liverpool offices of Cunard after the ship was broken up in 1936 and remained in the lobby until that office was disbanded in the late 1960's when the company moved to Southampton. Much of Cunard's archive was sold or dispersed at this time, and the bell was bought by a local who owned it until recently. It was at this time the additional 'R.M.S.' was added to the bell. The carpenter's hand inscribing 'Lusitania' on the underside is another intriguing feature as it suggests it was intended for her unfortunate sister.