AN HISTORICALLY INTERESTING AND UNIQUE WOOD,... 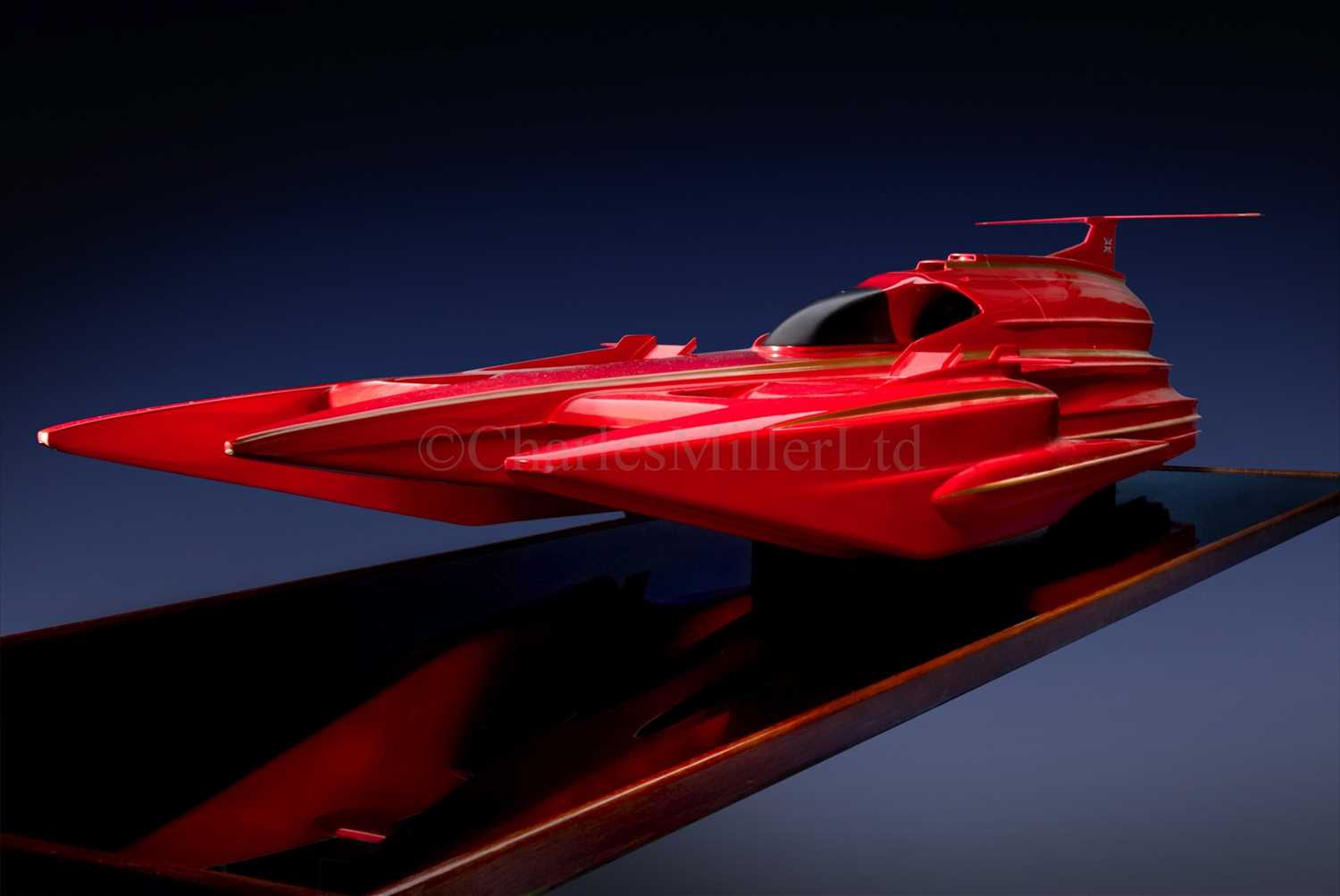 AN HISTORICALLY INTERESTING AND UNIQUE WOOD,...

AN HISTORICALLY INTERESTING AND UNIQUE WOOD, METAL AND FIBREGLASS POWERED CONCEPT MODEL OF THE PHILIP VILLA DESIGNED MARK III "QUEST" PROJECT Q-BOAT RACING HYDROPLANE, CIRCA 1983
with details including servo-assisted trim flaps located in each plane, secured to the main hull with aero-dynamic bracing, painted cockpit, engine with access cowling, tail fin with union flag. Overall measurements -- 12½ x 59 x 19in. (32 x 150 x 48.3cm.); together with a large archive of documents, plans and photographs pertaining to the design, development and fund raising for this project
(A lot)
Almost unknown in its day and so largely forgotten now, Project 'Q' or 'Quest' (for speed) was a serious attempt to break the World Water Speed Record which, after Donald Campbell's fatal attempt in 1967, had been ceded to the Australians. Conceived and designed in secrecy by Philip Villa, the nephew of Leo Villa, Malcolm and Donald Campbell's highly respected Chief Engineer. After a significant campaign of fund raising, development models were built and tested in wind tunnels and on water. The latter tests (on this model) suggested that, had the full-scale hydroplane been built, it would have been capable of over 400 mph, although in practice that record would have been achieved over a period of time, allowing a sparring match with other contenders. In the event however, personal difficulties combined with a tough economic climate saw the project founder. This model provides a beautiful and tantalising footnote to a long British lineage of Water Speed Record Attempts and one which, had it been realised, would have smashed the present record of 317 mph set by Ken Warby in Spirit of Australia in 1978 and returned the prestige of the title to British hands.
Provenance: The late Philip Villa to vendor.