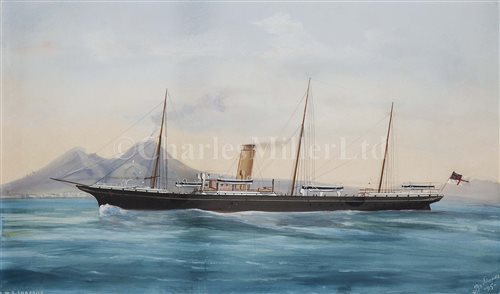 A dispatch vessel built by Palmer's of Jarrow in 1885, Surprise (and her yard sister Alacrity) displaced 1650 tons, were 250 x 32ft, manned by 93 officers and crew and could develop nearly 18kts. Originally unarmed, they were given a gun so they could be used as fleet scouts in Wartime and were also given elaborate accommodation for diplomats and visiting high ranking officers. She was broken up in 1919.